Cerdic has the Saxon white horse carved into the hillside. 519AD 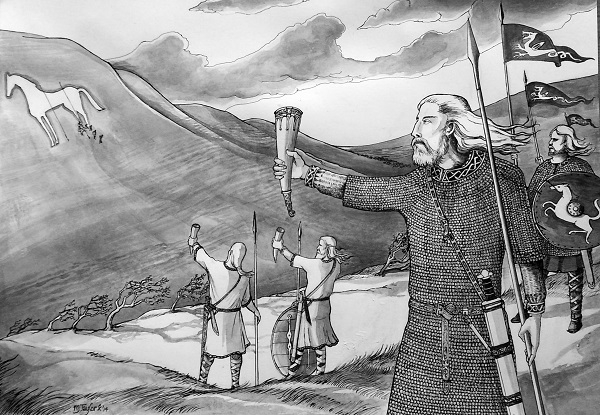 Subsequent kings of Wessex all had some level of descent claimed in the Chronicle from Cerdic. In fact,descent from Cerdic became a necessary criterion for later kings of Wessex, and Egbert of Wessex, progenitor of the English royal house and subsequent rulers of England and Britain, claimed him as an ancestor.

The picture is printed on high density,low sheen board

Beneath the illustration the title is shown in ROMAN CAPITALS