The legend of Sceaf, the boy from the sea.

The mystic origins of the English race.As featured in 'Pagan Dawn' article 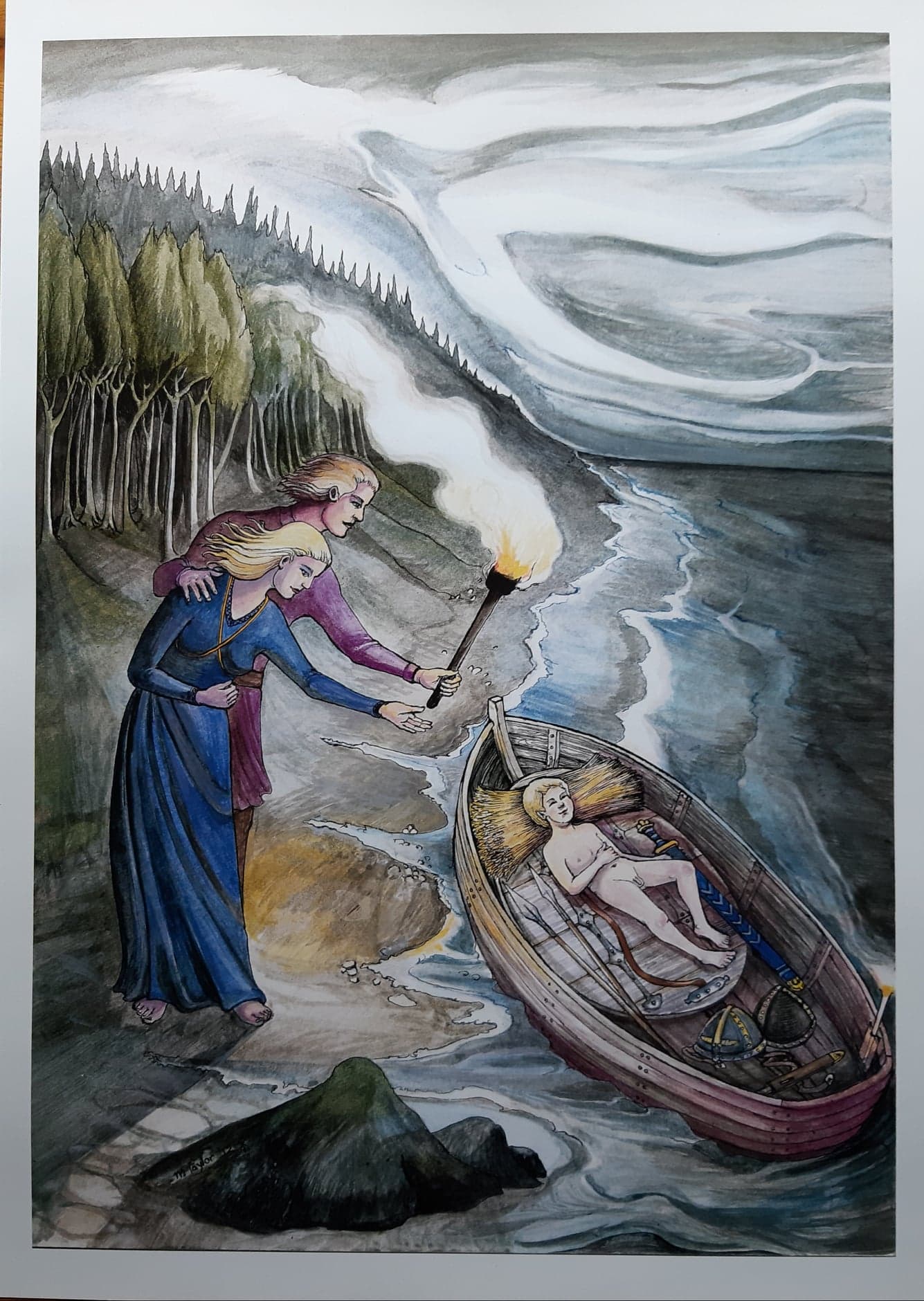 Kathleen Herbert's "Looking for the Lost Gods of England" which is available from Anglo-Saxon Books. describes Sceaf at the very beginning of the line of royal descent from the West Saxon House,and Ealdorman AEthelweard added this to the genealogy - "This Sheaf came to land in a light boat, surrounded by weapons, on an island in the ocean which is called Scani. He was indeed a very young child and unknown to the folk of that land. However, they took him up and looked after him as carefully as if he were one of their own kin and afterwards elected him king.

And King AEthelwulf came from the line of his descendants." "He was brought as a child in a ship without oars....he was asleep and a sheaf of corn lay at his head. Therefore he was called Sheaf and taken for a miracle by the people of that region and carefully fostered. When he grew up, he reigned in a town that was called Slaswig and now called Haithebi (Hedeby). Now that district is called Old Anglia..... from it the Anglii (Angles) came to Britain."