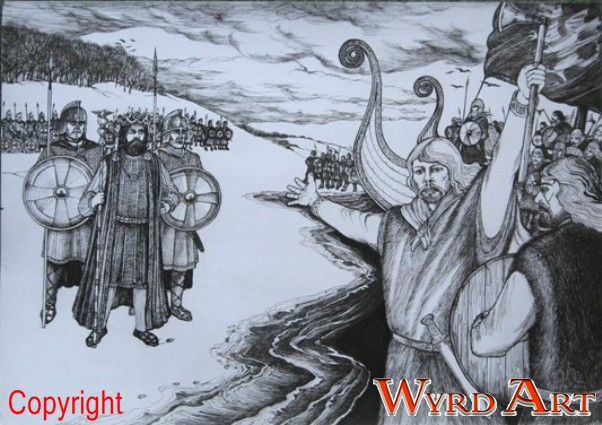 Due to disagreements about payments which were not forthcoming as promised, the

brothers demanded land for their followers.Vortigern had 'welshed' on the deal and

refused what was demanded.War was the outcome and after a series of major battles

This giclee print contains lettering beneath with the title shown in ROMAN LETTERING.