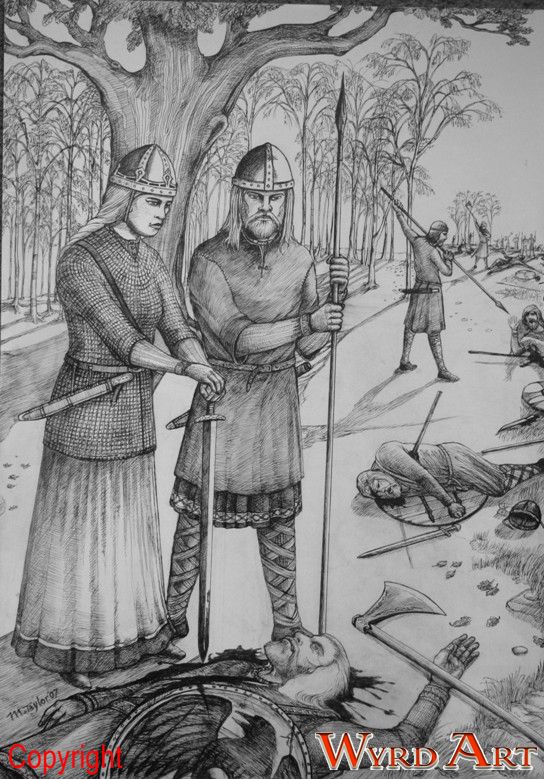 After Aethelred's death Aethelflaeda and Edward The Elder her brother continued to fight the Danes in Wales and in the borders,finally succeeding in taking back the city of York into English control and achieving submission from the Danish leaders..

Sadly 'The Lady of The Mercians' never lived to see the full extent of what she had achieved in re-uniting England as she died shortly afterwards at Tamworth where a small statue was erected in the 19th century which shows her with her daughter .