Large( A1) poster with historical notes on every hero shown. 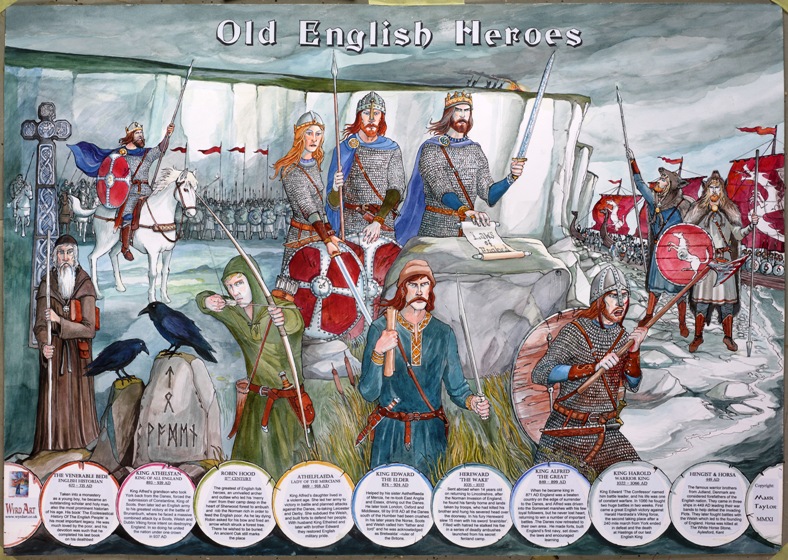 Shown on this full colour, glossy A1 lithograph are  Hengist and Horsa the founding fathers of the English nation,The Venerable Bede,who wrote the first history of the English people. Aethelflaeda ,princess of the Mercians,King Edward The Elder and King Alfred The Great whose bravery proved vital to the very existence of England in the face of repeated attacks by the Danes.Also shown is King Aethelstan who united all England under his kingship and crushed England's enemies.King Harold,warrior and the last English king, Robin Hood, the friend of the English poor. Finally, Hereward 'the Wake', freedom fighter against Norman oppression.

There is a wealth of detail in addition to the figures shown,with heathen runic carving, an Anglian stone cross with interlaced decoration, and the famous white horse stone.There are also long ships and white dragon emblems. Great value!