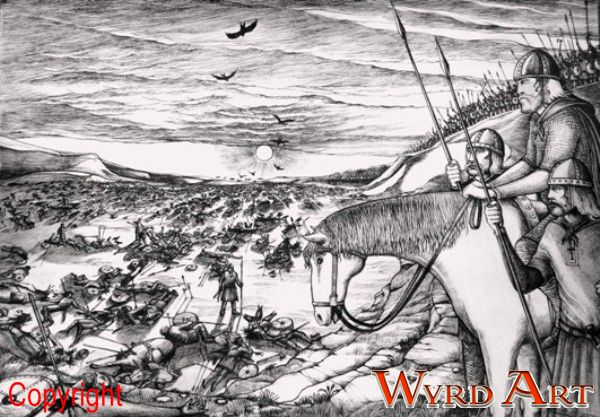 The English, who included men from all the shires, including many from the old Danelaw, were fighting for the very survival of England itself.

A huge army of Dublin Vikings,Welsh and Scots assembled in an attempt to destroy the recently created kingdom,

victory taking Scottish hostages, driving the Vikings back into the sea .From this date England was united and King Aethelstan was named Bretwalda (Ruler of all Britain) by the subject King Constantine II.